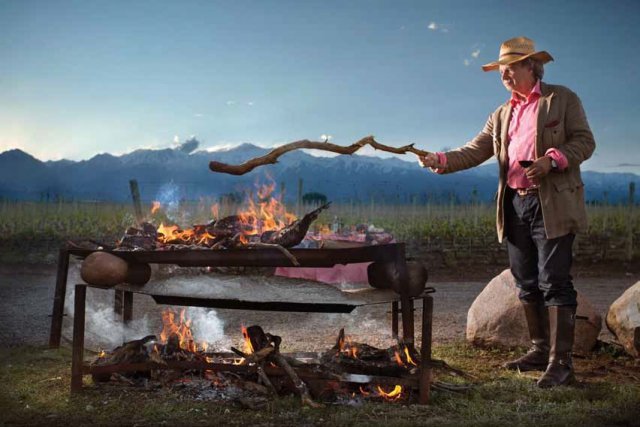 “My life has been a path at the edge of uncertainty. Today I think we educate kids to be settled in a comfortable chair. You have your job. You have your little car. You have a place to sleep. And the dreams are dead. You don’t roll on a secure path. All of us should conquer something in life. And it needs a lot of work. And it needs a lot of risk. In order to grow and improve, you have to be there a bit at the edge of uncertainty. . . ‘There is a whisper on the night wind. There’s a star agleen to guide us. And the wild is calling calling. Let us go.’”

”Only to the extent that a man exposes himself over and over again to annihilation, can that which is indestructible arise within him. In this lies the dignity of daring.”*

“To me, it’s really so simple, that life should be lived on the edge. You have to exercise rebellion. To refuse to tape yourself to the rules, to refuse your own success, to refuse to repeat yourself, to see every day, every year, every idea as a true challenge. Then you will live your life on the tightrope.”

– Philip Petit (wire walker who walked for 40 minutes back and forth between the twin towers on a steel cable that he and his accomplices stretched themselves in the middle of the night.   They miraculously strung the cable by shooting an arrow from one rooftop to the other with fishing line and then pulling a rope and then steel cable across.   Petit was 1,300 hundred feet above the ground as he walked between the towers and had no safety harness or net).

“It is not the critic who counts; not the man who points out how the strong man stumbles, or where the doer of deeds could have done them better. The credit belongs to the man who is actually in the arena, whose face is marred by dust and sweat and blood; who strives valiantly; who errs, who comes short again and again, because there is no effort without error and shortcoming; but who does actually strive to do the deeds; who knows great enthusiasms, the great devotions; who spends himself in a worthy cause; who at the best knows in the end the triumph of high achievement, and who at the worst, if he fails, at least fails while daring greatly, so that his place shall never be with those cold and timid souls who neither know victory nor defeat.”