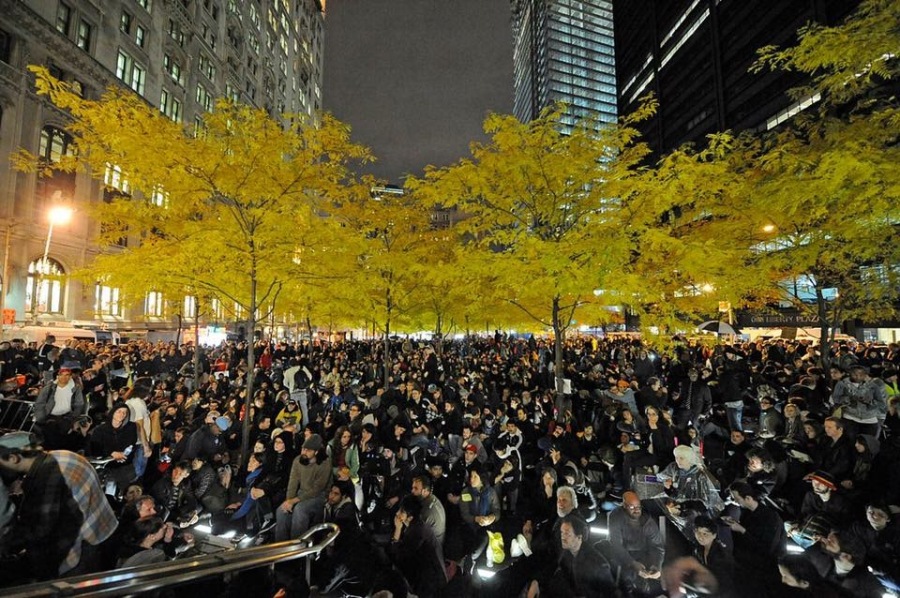 Below are 11 items that will brighten your outlook and arm us to turn this thing around. First, though, a few brief paragraphs by way of introduction:

Republican and Democratic political leaders in the U.S. (as well as leaders around the globe) have championed a policy of neoliberalism for more than 20 years. That policy has resulted in great harm to people and the planet. Many of the problems we are now experiencing are the result of that one policy. (Please click here to see a short synopsis of neoliberalism).

But there are definitely ways to stop this terribly destructive policy and prioritize human beings and the planet. We can win this!

The harmful policy of neoliberalism can only survive when power is in the hands of just a few.  That concentration of power is maintained by a tiny percentage of the population because they exploit weak campaign finance regulations and buy members of Congress.  Those members of Congress then champion a narrow agenda that only benefits corporations and the super rich (leaving the planet and most of the population out in the cold).   It’s not government that’s the problem.   It’s HIJACKED government that’s the problem.

To unseat the hijackers, restore our republic and put power back in the hands of the MANY, we need to enact major legislation that:

– restores the Glass Steagall Act  (It was a protection that was put in place after the Great Depression and it worked.  It’s repeal by the Clinton administration is seen by many economists as setting the stage for the 2008 financial crisis).

“But can we really achieve all that? Do we really have any power?”

Yes we absolutely can and yes we definitely do.

The key is unifying behind a REAL agenda and then engaging in non-violent direct action in a wide variety of its 198 forms (marching is only one of them). Corporatism has only flourished because we have fallen into the trap of infighting. Once we realize that we have more in common than we have dividing us, we will be able to make decisions from a position of unified strength rather than making demands from a position of divided weakness. Together we are so much greater than the sum of our parts. Corporatism is no match for a unified citizenry.   (Note:  After reading the rest of this, please see important note in blue at the very bottom of post regarding suggestions about what we should probably NOT unify behind).

We DO have the power to reverse the policies that have been causing so much human suffering and so much damage to the earth. We’ve had that power all along.  They only reason that we’ve chosen surrender, capitulation and incrementalism in the past is that our bought off leaders convinced us to fold when we were holding a royal flush (the best hand you can get). We have the power. We just haven’t used it.

THINK ABOUT IT:  For every 1 corporate leader and super wealthy person, there are 99 of us. And one person still equals one vote. Our interests should be represented every time. In fact, with those numbers, we should have to make extra effort to make sure the tiny minority of the super wealthy has a voice and doesn’t get marginalized. That may sound funny, but it’s true. We citizens have HUGE power, but are not putting it to use. Now is our moment to shine.

THESE 11 ITEMS WILL BRIGHTEN YOUR OUTLOOK  🙂

a)  Check out the 2 minute video clip below from the award-winning documentary “Capitalism: A Love Story” to see why WE ACTUALLY HAVE MUCH MORE POWER THAN CORPORATIONS AND THE WEALTHY. Citibank wrote a memo to their wealthiest clients around the world and it leaked. The memo assessed that the U.S. and other powerful nations are no longer really democracies — they’ve become Plutocracies (societies run for the benefit of a few at the top). The memo goes on to assess that buying stock in luxury good brands is a good bet (because, in the not too distant future, the masses won’t even be able to afford Wal Mart).

Citibank’s analysts state that there’s really no end in sight to the gravy train for the wealthiest people in Plutocratic countries like the U.S., but they do caution that there’s one thing that could spoil the party: the “one person, one vote” principle. For every 1 corporate titan and wealthy citizen, there are 99 regular folks. It isn’t hard to do the math to see what happens in elections if citizens stop turning on each other and realize who is really causing their suffering with cruel neoliberal corporatist policies that put corporate interests above the interests of human beings.

(If you like, check out this explanation of neoliberalism.  This new Guardian article really nails it.  The international monetary fund has finally admitted what’s been going on during the last 20 years. Thanks to a huge influx of corporate donations to their campaigns during the last two decades, Republican & Democratic leaders have pursued policies that have done huge damage to citizens and the environment).

Citibank’s analysts state that continuing rising wealth and income inequality will bring inevitable revolt and if those protests include the masses organizing and utilizing their power at the ballot box, the gravy train for the Plutocrats will end. The analysts go on to comfort their wealthy clients by noting that they think it is unlikely that citizens will realize their electoral power. Here is the full 35 page memo:

But it’s much easier and more entertaining to watch this 2 minute video clip summarizing it. This is ASTOUNDING. (clip is from the award-winning film “Capitalism: A Love Story).

b) Here’s 50 second clip of Gandhi (portrayed in film) explaining how absurd it is that 100,000 British tried to rule over 300 million Indians. Hmmmm. Sound familiar? The numbers here in America are pretty similar (the top 1/10 of 1% is 300,000 people and our total population is 300 million). And what was his solution? Noncooperation. That same solution will work very well for us.

c) Check out this excerpt from Martin Luther King, Jr.’s “Letter from the Birmingham Jail”. It’s about the GOOD form of TENSION:

“Nonviolent direct action seeks to create such a crisis and foster such a tension that a community which has constantly refused to negotiate is forced to confront the issue. It seeks to so dramatize the issue that it can no longer be ignored. My citing the creation of tension as part of the work of the nonviolent-resister may sound rather shocking. But I must confess that I am not afraid of the word “tension.” I have earnestly opposed violent tension, but there is a type of constructive, nonviolent tension which is necessary for growth. Just as Socrates felt that it was necessary to create a tension in the mind so that individuals could rise from the bondage of myths and half-truths to the unfettered realm of creative analysis and objective appraisal, we must we see the need for nonviolent gadflies to create the kind of tension in society that will help men rise from the dark depths of prejudice and racism to the majestic heights of understanding and brotherhood.”

“The purpose of our direct-action program is to create a situation so crisis-packed that it will inevitably open the door to negotiation. I therefore concur with you in your call for negotiation.”

Here’s the entire “Letter from the Birmingham Jail”. It’s a treasure and is as timely as ever.:

d)  JAMILA RAQIB BRILLIANTLY SHOWS HOW WE CAN BEAT THIS WITH NONVIOLENT ACTION in this wonderful TED talk. Her mentor, Gene Sharp, was nominated for the Nobel Peace Prize for his work to help people around the world successfully overthrow dictatorial regimes using 198 different nonviolent tactics. Here she puts it simply: “Nonviolent struggle works by destroying an opponent. Not physically but by identifying the institutions that an opponent needs to survive and then denying them those sources of power.”  When people are victimized by brutal leaders, their homeland is wrecked, their town is being polluted, they need a way to fight back.   The 198 methods of non-violent resistance are the most powerful weapon on earth and they give people an alternative to violence.  That’s how we change things, by empowering people with new tools to actually transform their situation (rather than just preaching at them to not be violent).   This will leave you feeling hopeful and empowered.   There is a way out of all this war.   A PROVEN method.

e)  THERE ARE 198 WAYS TO BEAT CORPORATE CONTROL OF OUR LEGISLATURE AND BEAT THE TRUMP REGIME ALL WITH PEACEFUL DIRECT ACTION — total commitment to nonviolence.  Gene Clark is the most important man you’ve never heard of. He is Jamila Raqib’s mentor and was nominated for the Nobel Peace Prize. These methods have been successfully used to topple oppressive regimes around the world. Deposed (and soon to be deposed) dictators around the globe curse his name as a result. Here are his 198 methods of nonviolence:

And here are a few of Gene Sharp’s world famous books that have made so many revolutions and uprisings a success.

f)  ICELANDERS POINTED THE WAY FOR US when they rose up peacefully and took their government back. Check out this link!: 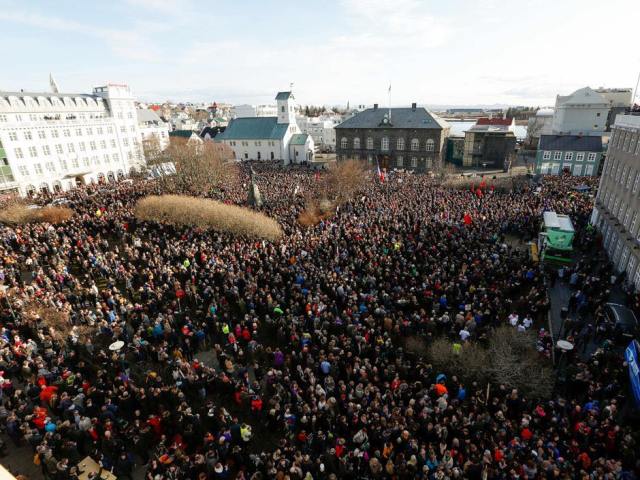 g)   HERE ARE SOME AMAZING QUOTES THAT INSPIRE LOTS OF HOPE.    Very powerful & timely 🙂   Click on this link:

h)  ELIMINATE “PERSONHOOD” LEGAL STATUS FOR CORPORATIONS. The film “The Corporation” has a great section on how corporations won “personhood status”. To understand how to dismantle something that needs to come down, it’s helpful to understand how it was built in the first place.   You’re going to love this story.   Unbelievable.  http://www.youtube.com/watch?v=8SuUzmqBewg . Fast-forward to 2:20. This clip is only a couple of minutes and it will blow your mind. The 14th amendment was supposed to give equal rights to African Americans. It said you “can’t deprive a person of life, liberty or property without due process of law”. Corporation lawyers wanted corporations to have more power so they basically said “corporations are people.” Amazingly, between 1890 and 1910 there were 307 cases brought before the court under the 14th amendment. 288 of these brought by corporations and only 19 by African Americans. 600,000 people were killed to get rights for people and then judges applied those rights to capital and property while stripping them from people. It’s time to set this straight.

h)  Transforming our thinking from a clearly destructive patriarchal mindset to a feminine one consistent with systems thinking could be a total game changer.  (Trump and his ilk are the last gasp of failed patriarchy). Check out this thought provoking 2 minute clip about a whole new mindset:

i)  Developing a new mindset that can help our communities and the planet thrive: The award-winning full length documentary “Planetary” may contain many of the answers we are looking for to try to get our world on the right track. Check out the preview here:

NOTE:    The item below relates to the unity described at the beginning of this post.  These are some suggestions about what we should probably NOT unify behind:

I’m not talking about unifying behind some mediocre incremental policy of “more of the same”:

We don’t have time to unify behind the same awful strategy that got us in this terrible position in the first place.  (If we hate Trump so much, why would we follow the same strategy that got him elected?).  We are capable of standing up and transforming our system so it TRULY represents our interests.  So let’s stop screwing around and get it done!   The clock is ticking for people & the planet). 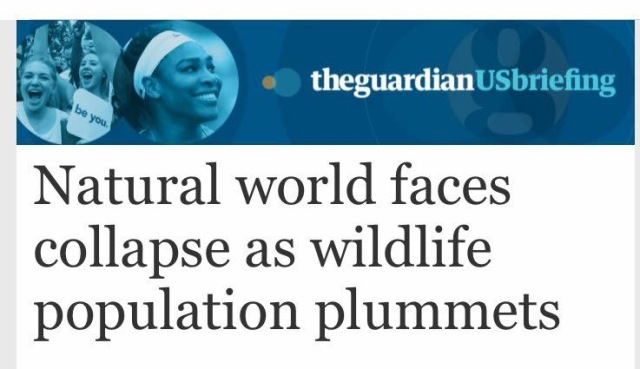 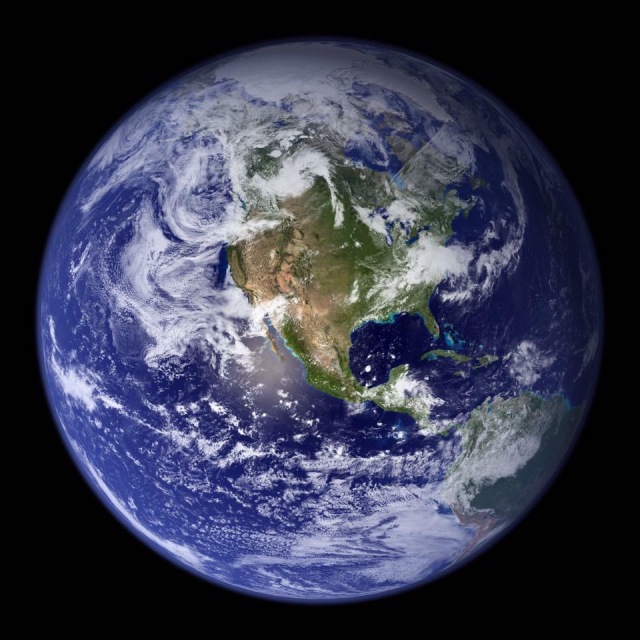 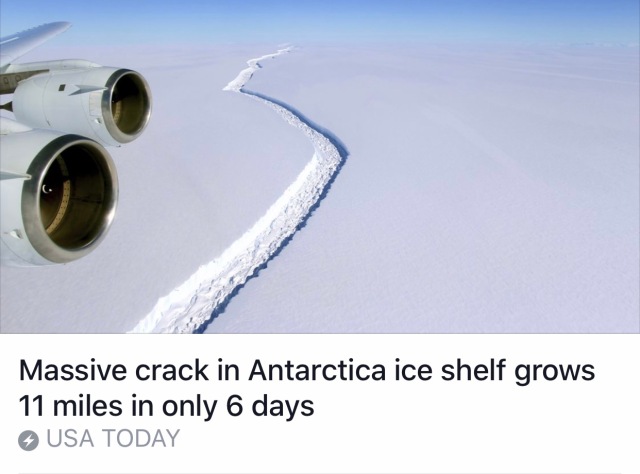 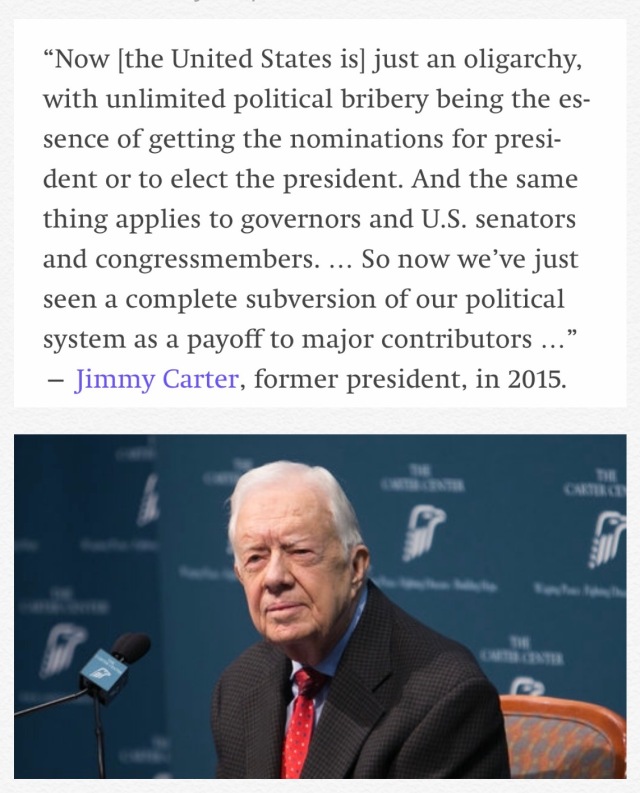 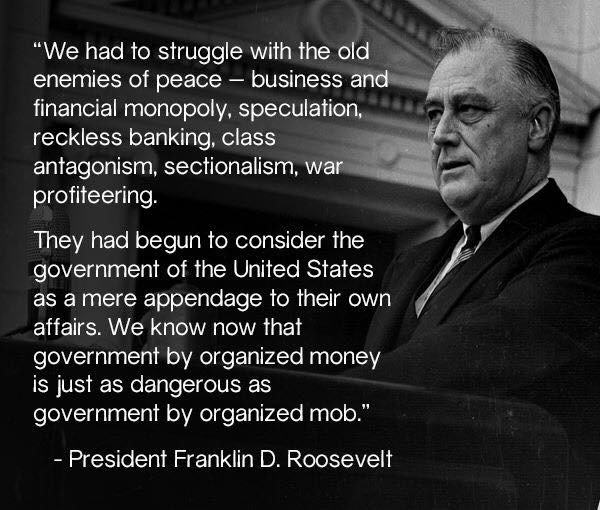 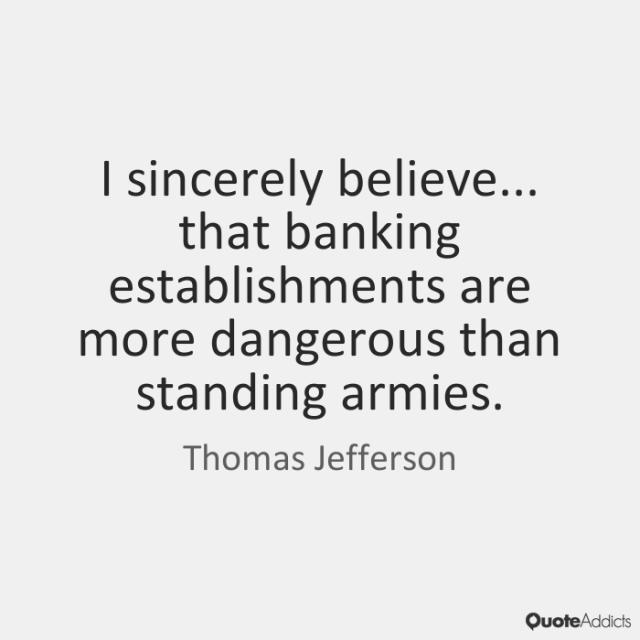 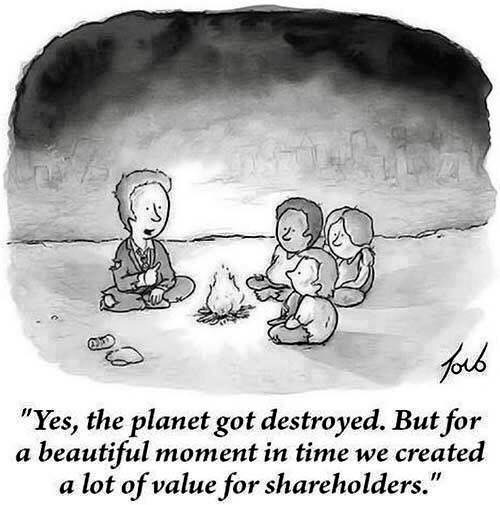 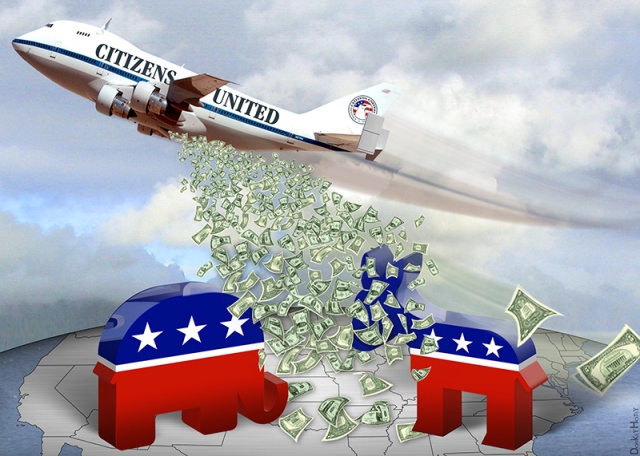 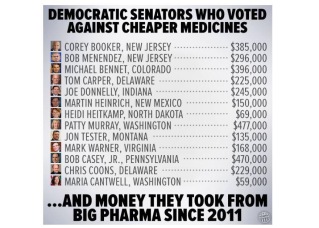 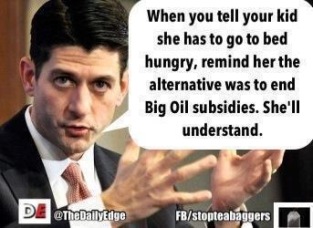 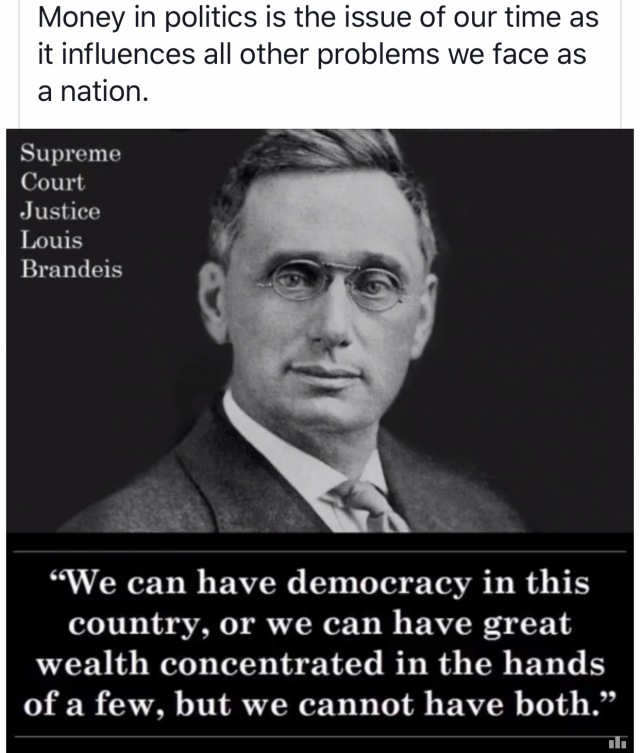