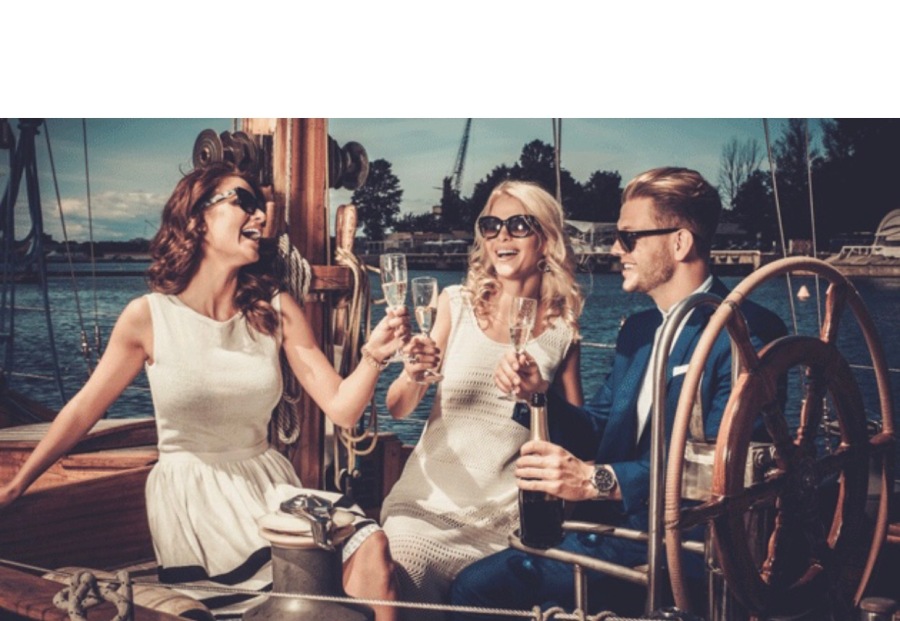 (Please see photos towards the bottom of this post to see how the super wealthy are living compared to the rest of us.   Also don’t miss the SPECIAL NOTES FOR US DEMOCRATS below and the startling admission by the CEO of the largest carpet manufacturer in the world near the bottom).

What on earth is going on in the U.S. and around the world? Are extreme concentration of wealth, loss of good paying jobs, decimation of the middle class, growing poverty, environmental destruction and increasing fascist activity just “happening” or is there something causing all this?

The facts are staggering. 20 individuals in the U.S. have as much wealth as the poorest half the country (150 million people). 8 men in the world have as much wealth as half the world (3.6 billion people). The top 1% took home 91% of income in a recent four year period in the U.S. Nearly 50% of children in the U.S. live below or near the poverty line. The Guardian recently reported that the ecosystem is collapsing with a rapidly increasing number of species going extinct. 78% of people in America are living paycheck to paycheck (a figure that’s increasing each year). Hate groups and racial incidents are on the rise.

What the hell is going on here?

It turns out that there’s one very bad policy that’s driving a lot of this. Neoliberalism: the most destructive policy you’ve probably never heard of. The good news is that we can turn this thing around. First, though, we need to understand what it is.

Neoliberalism is a corporate-friendly free-market ideology PRACTICED BY BOTH REPUBLICAN & DEMOCRATIC POLITICAL LEADERS (and political leaders around the world).   It puts the interests of corporations and the wealthy above those of the rest of us and the planet.

Neoliberals in the Republican & Democratic parties champion policies of all types that favor a small class of people and corporations at the top.    Neoliberal policies result in extreme wealth inequality (20 people in the U.S. have as much wealth as the 150 million poorest), environmental destruction and a whole lot of other harm.

Essentially what’s going on here is 300,000 big donors (the .1%) are getting their needs served at the expense of the other 300 million of us and the earth.   Wealthy donors and corporations buy influence in Congress.   That allows them to change policies and systematically tilt the playing field so most of the marbles roll into the pockets of a few.   That happens, of course, at the expense of the many (us).   If you’ve noticed it’s “getting a little hot in here,” that’s why.

In a recent article in the Guardian entitled “Neoliberalism: The Idea that Swallowed the World”, the International Monetary Fund finally admitted the adverse effects of neoliberalism.   When one of the world’s newspapers has a headline about an idea that “swallowed the world” and we have no idea what it is, that’s not good folks.  That means we have been blind (due to having our eyes closed).   Most of us have missed this policy hidden in plain view.   Its results have so many tentacles (economic catastrophes, unnecessary wars, rise of fascism, environmental damage, extreme wealth inequality, etc.) that we were dazzled by the details.   We were mesmerized by all those tentacles thinking they were all separate problems with separate solutions and didn’t realize it was one octopus beneath the surface that we were dealing with.   Ending this one policy (corporate neoliberalism) will solve countless problems.   There’s no shame in admitting we missed this octopus.   Most of us did.   But now that we know, it’s time to open our eyes and act before it’s too late.

In the U.S., neoliberalism has been practiced by both Republican & Democratic political leaders for more than 20 years.   It’s essentially created a rigged poker game where the super wealthy (300,000 people) keep winning (because the politicians they own have shaped policy in a way that totally favors their interests).  It’s hard to say what will happen when the other 300,000,000 people at the table realize the game is rigged.  It’s the job of neoliberal politicians on both sides of the aisle (who receive all those big campaign donations) to sell rigged policies to the public by claiming the new rules will be beneficial to them.

These neoliberal politicians are also charged with keeping 300,000,000 of us from rebelling.   They do that by promising that eventually a lot of that wealth concentrating at the top will trickle down.  So far, they’ve been successful.  We’re waiting patiently at the table and we keep putting money in the kitty.   Not many people have have caught on to the sheer size of the game that’s being run on us.   Some people HAVE caught on.    Many of them pushed back peacefully.   Typically they’re permitted to make some noise (to let off some steam) but not for long.  If they keep it up, they are dealt with swiftly and violently to set an example.   The message to the rest of the 300,000,000 is “Stay in line.” 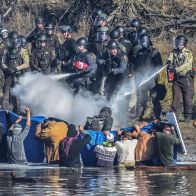 Neoliberal corporate-friendly policies have been pursued by Democratic & Republican politicians (and political leaders around the globe) for more than two decades and we are now dealing with the environmental and human devastation resulting from that shortsightedness.   As a result of neoliberal policies:

Again, neoliberalism doesn’t care about the human cost or damage to peace or the nation.  They just care about corporate profits.

To put it more simply, Republican and Democratic leaders who have both been practicing neoliberalism created the conditions for the rise of Trump, those Nazis you saw marching in the streets and the armed militias you saw escorting them.   As we wag our finger accusingly at Trump and push against him and his policies (as we definitely should with all of our heart and soul — he’s awful and dangerous), we should also remember that, by supporting neoliberal politicians during the last 20 years, we helped drive blue collar voters into the arms of Trump and hand him the White House.   And our neoliberal policies have created economic distress that historically gives rise to racism and fascism.   We better do more than put out the fires when they appear.  If we are really against racism and fascism, we need to stop neoliberalism because the economic conditions it creates are exactly what is giving rise to the xenophobic tendencies we are struggling with today.   It’s good to decry fire.   It’s even better to eliminate the things that give rise to it.

This 2 minute clip of a 1947 War Department film lays it out pretty clearly how economic insecurity causes racism, xenophobia and fascism. Watch this! (And while you’re watching it, please keep in mind the amount of economic insecurity that has been created by Democratic and Republican political leaders who champion neoliberal policies).

So, the next time you hear a politician say that the practical reasonable thing to do is to stay the course and make incremental change, consider that what they are really doing is placating you so you stay at the poker table and don’t cause any trouble.   When they tell you that those looking for big changes are being “pie in the sky unreasonable”, what they really mean is that they themselves can’t make any changes because their own corporate donors would abandoned them and they would lose their seat in congress.

A NOTE FOR ALL OF US DEMOCRATS:   As a fellow democrat, I know it’s tempting to think “But not us, we fight all those things!”   Alas, we’re in deep too.  If you research the Powell Memorandum that was issued in 1970 (facilitated by the ultra conservative U.S. Chamber of Commerce), you’ll see that this is when the corporatization of democrats began.  And it’s been in full swing ever since.  The corporate money has been flowing into democratic coffers big time and our political leaders have been acting accordingly:

“Here is what we need to understand:  a hell of a lot of people are in pain. Under neoliberal policies of deregulation, privatisation, austerity and corporate trade, their living standards have declined precipitously.  They have lost jobs.  They have lost pensions.  They have lost much of the safety net that used to make these losses less frightening.  They see a future for their kids even worse than their precarious present.”

Everyone has problems, of course.   We’re all human beings.  But when people who are well off have problems, the bumps are smoothed quite a bit by that insulation of capital.   Their train doesn’t go off the rails.  When someone who is struggling (whether middle class or poor) have those same human problems, their train can get knocked off the rails.  (Remember, the Atlantic found the 47% of the population couldn’t come up with $400 in an emergency).   So it is particularly callous of the wealthy to push their members of congress to CUT social safety net programs so they can get a nice tax break.  That’s essentially redistributing wealth up (a reverse Robin Hood) at a time when 100 million people or more who are members of the poor and middle class are extremely vulnerable.   “Thanks for the punch in the gut and the kick to the face.”   It’s even more galling for the poor and struggling middle class to hear all those “pull yourself up by your bootstraps” lectures from the rich when 90% of their wealth was inherited.

“Sensible democrats” seem so sensible on the outside.   Then you realize what being sensible really means from their perspective.   It means they’ll do the easy showy stuff that their corporate donors don’t care about.  And that may be important stuff… but they’ll fluff it up to be everything to hide the big glaring things that they’re ignoring.   That’s how you end up with 50% of the children in the country living below or near the poverty line.   Corporate interests and the interests of the wealthy have consistently taken priority. 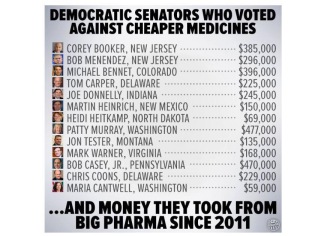 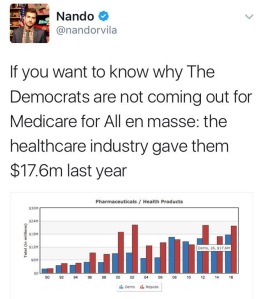 Lastly, don’t bash government.   There’s a fine line here.  A strong government of the people and by the people is the only thing that can stop corporations from ruling this earth (that’s why corporations are always demanding deregulation and smaller government).    It’s not government that’s the problem.   It’s corporate hijacked government that’s the problem.   Corporations have bought our congress.   We need to take it back by overturning Citizens United, enacting campaign finance reform with teeth and ending corporate personhood status. (Corporations are people under the law and they shouldn’t be — if they are people, they’re psychopaths).

Even CEO’s know the jig is almost up.   Watch what the CEO of Interface Carpets (the largest carpet manufacturer in the world) admits in this 30 second clip (and please don’t miss the photos at the bottom of this post):

We can beat neoliberalism.   Here’s how:

HERE ARE SOME GREAT QUOTES THAT INSPIRE HOPE. We can turn this thing around!

Here’s a recent article from the Guardian on neoliberalism:

198 Methods of Nonviolent Resistance (this is amazing)

For a shorter synopsis of the policy of neoliberalism and ways to stop it, please click here: 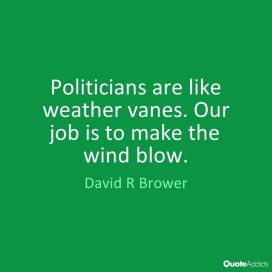 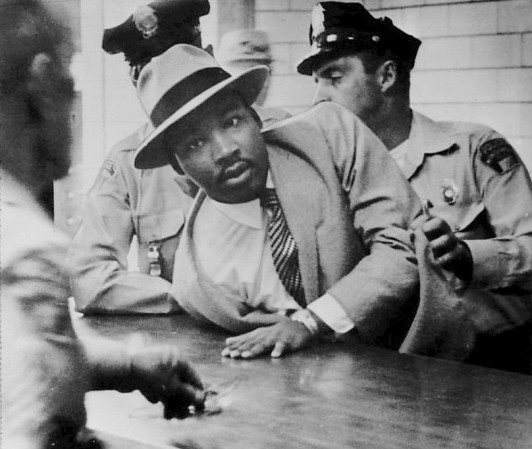 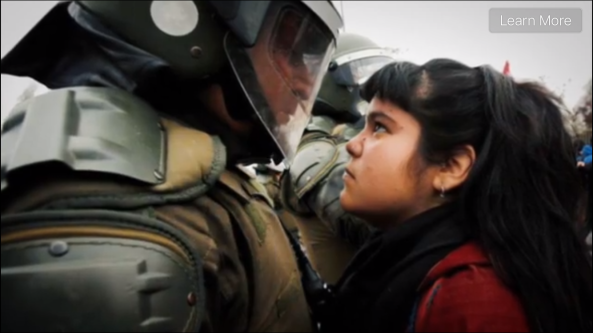 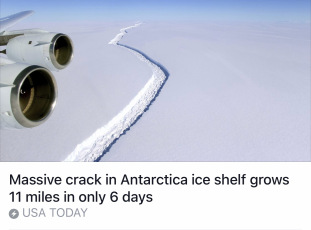