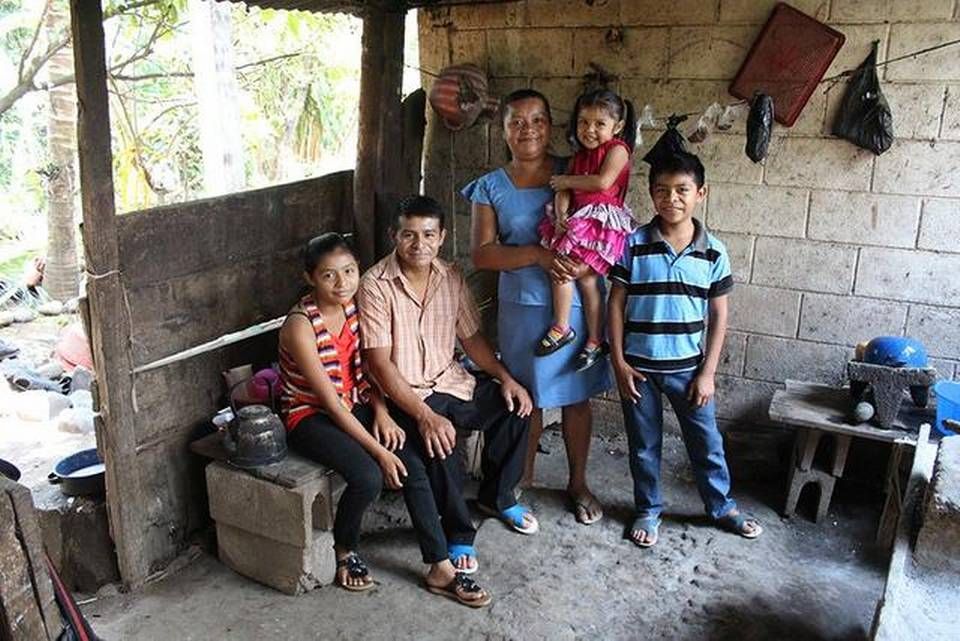 Poverty and inequality are:   unnecessary, MANUFACTURED and fixable.  Knowing that makes us look at this eye-opening list in a whole new way:

The suffering described above did not just “happen”.  As you’ll see in this post and the link in blue towards the bottom, the suffering that so many are experiencing right now is the largely result of intentional policies that favor corporations and the wealthiest 1% over the other 99% of people and the planet.

Those stats on the bullet point list above are no accident. Our suffering is just the unfortunate byproduct of corporate donors and their political lackeys rigging the game so they can thrive. Because they have so much, we have so little.   They have used policy to tilt the playing field so most of the marbles roll into their pockets.   We are now feeling the effects of more than 20 years of that.  The suffering we are seeing is totally unnecessary.

Please don’t miss the link below in the blue section (the link that reveals the one policy that is driving all this suffering).

Click here for some AMAZING INFO ON POVERTY from WNYC.  It turns out that most of the commonly held beliefs about poverty are complete myths. This is so powerful that it could turn a Republican into a Democrat:

A majority of poor Americans have jobs.  Most poor people in the United States aren’t sitting on street corners.  They’re employed at low-paying jobs, struggling to support themselves and a family. . . See info at bottom in red.

We Americans need to get our story straight if we’re going to judge people and make policy.  Our policies are being built on the myth of poor people  being lazy.   Exactly the opposite is true. Because of neoliberal policies championed by Republican and Democratic politicians, the bottom half of the country in terms of wealth is having to paddle like hell just to stay above water.   And the welfare programs that we privileged people think are always there to catch their fall actually haven’t been there at all the way we think since Republicans and Democrats came together under President Clinton to sign so-called “Welfare Reform”.   It actually made things harder on the poor and freed up funds to shift wealth upward to the top in the form of tax breaks.  Redistribution of wealth upward.   Reverse Robin Hood.

So sad that so many people vote carelessly for politicians who win points by being tough on the poor.   Half the country is economically insecure, one dead car battery away from slipping into poverty and relying on a safety net that is terribly inadequate.  (It’s inadequate as a result of the political leaders elected by the other half of the country that is relatively “well off”).   The 1% is flush with wealth thanks in many cases to inheritance (90% of all wealth is inherited) and a rigged system.    They should be much more compassionate and less hamhanded when it comes to supporting policies related to poverty that affect HALF THE NATION.  Especially when the tax rate of the top 1% has been cut in HALF since 1970.

People just don’t realize how so many Americans are being unfairly squeezed and then they have the nerve to look down on for needing help.  It’s simply ridiculous.  And some of those folks who are being so callous will someday get to find out just how harsh this world is without the insulation of money.  Then they’ll be a LOT more compassionate.  The sad thing is that there’s plenty to go around.  Wealth is much more concentrated here than in so many other countries. Here 20 people have as much wealth as 150 million Americans (half the nation).    And countries with more inequality also have less upward mobility.   That means, in America, because of our policies, it’s much more difficult to rise out of poverty than it is in other countries (see chart below).

(More on those specific policies that are driving poverty at the link in blue section below.  That’s where you can learn about the ONE POLICY that’s driving all this & causing so much inequality, poverty and suffering).

Wealthy people and the politicians that do their bidding argue that we need all that wealth at the top for growth.   They say it will then trickle down.   But that’s a flat out lie.   In fact, when gains were broadly shared, we have had 2% growth.   When almost all of the income went to the wealthiest people, our growth was only 1%.    In a recent four year period, 91% all all income went to the top 1%.   That’s not good for the the country.   Shared prosperity is what makes America thrive.

People claim that the poor are just lacking education.   The wealthy shake their heads and say “if only they’d gotten a college degree.”   They say that a college degree is the big separator.   But that’s a lie too.   It’s just being used as a distracting moral argument and an excuse.  People at the very top aren’t doing extraordinarily well because of college degrees.   They’re doing that well because they are manipulating the levers of power to tilt the playing field in their favor.   Wages for everyone have been flat (including people with college degrees).

Before you look at the link below in the blue section (the one that reveals the one policy that is driving all this suffering), please check out this awesome video and website on inequality (narrated by Robert Reich).   It’s only 2 1/2 minutes and it is VERY informative.

POWERFUL COMPANION WEBSITE on inequality (wait for it to load before clicking):

PAGE ON THAT POWERFUL WEBSITE with solutions to inequality (wait for it to load before clicking):

The link below contains IMPORTANT INFO on what’s driving all this behind the scenes.

We can do more than just tweak poverty programs. We can actually eliminate the one bad policy that manufactures poverty in the first place.   Please click HERE to see info on the ONE POLICY that is championed by both Republicans & Democrats that is driving a lot of the suffering we are now experiencing. (This link also includes solutions to end that policy once and for all). 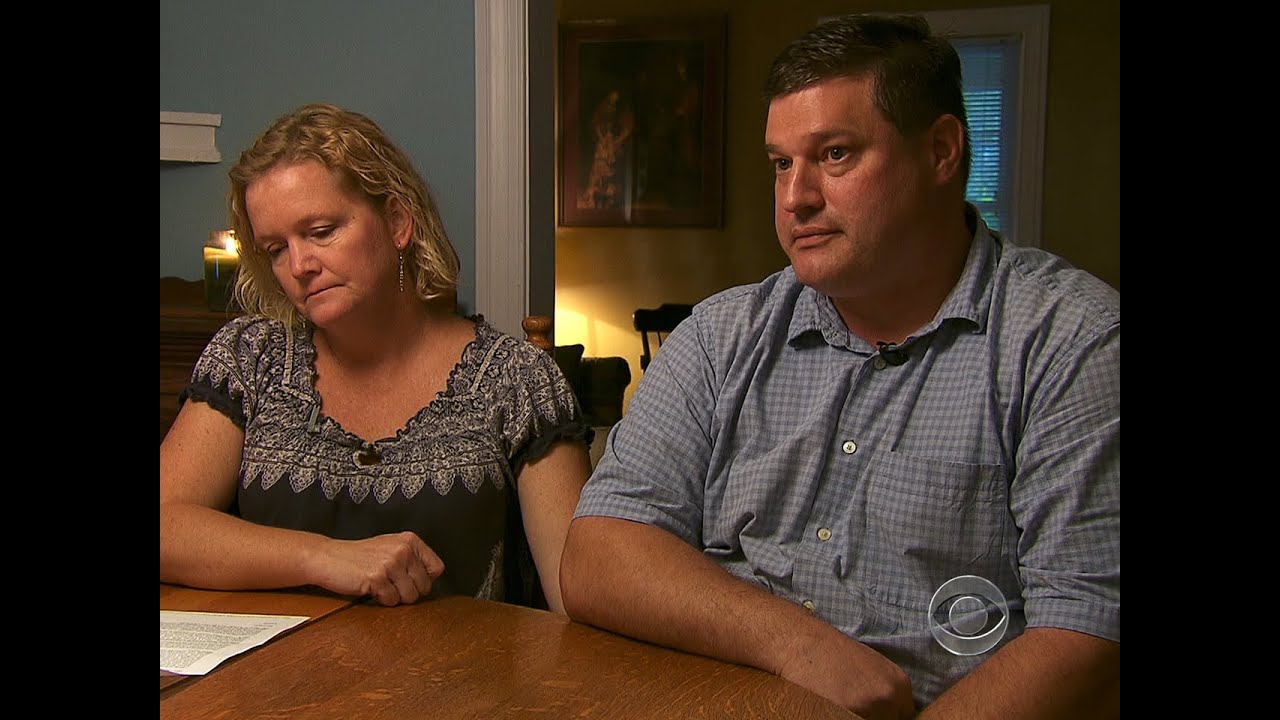 STUDY REVEALS MOST OF AMERICA’S POOR HAVE JOBS (from “Science News for Writers”):

Most of America’s poor have jobs.
Between 6.4 million and 8 million heads of families classify as working poor. . .

A majority of poor Americans have jobs. The majority of the United States’ poor aren’t sitting on street corners. They’re employed at low-paying jobs, struggling to support themselves and a family. . .

A new study by sociologists at BYU, Cornell and LSU provides a rigorous new estimate. Their work suggests about 10 percent of working households are poor. [1 out of every 10 working households].  Additionally, households led by women, minorities or individuals with low education are more likely to be poor, but employed. . .

BYU professor Scott Sanders says the findings dispel the notion that most impoverished Americans don’t work so they can rely on government handouts.

“The toxic idea is if we clump all those people together and treat them as the same people, then we don’t solve the real problem that the majority of people in poverty are working, trying to improve their lives, and we treat them all as deadbeats,” according to Professor Sanders.

Working poor is the term used to describe individuals or families who hold jobs, but can’t break out of poverty. No standards currently exist for determining exactly who qualifies as working poor, so previous estimates vary widely in their results. This study compared 126 different measures of working poverty using 2013 population data. The authors found the most useful representation is determined when a head of household works at least half time and the household income is below 125 percent of the official poverty line.
* * * * *
Poorest of the poor miss out on benefits, have more hardship
Although the federal government’s 1996 reform of welfare brought some improvements for the nation’s poor, it also may have made extremely poor Americans worse off, new research shows. Welfare has become more difficult to obtain for families at the very bottom, who often have multiple barriers to work. As a result the deeply poor are doing worse.
Story Source: Materials provided by University of Chicago. H. Luke Shaefer, Marci Ybarra. The welfare reforms of the 1990s and the stratification of material well-being among low-income households with children. Children and Youth Services Review, 2012
* * * * *

“Having a unifying line saying we’re all measuring working poverty the same way is important before we can see how any changes or improvements are made,” Sanders said. “You can’t fix a problem until you know what is the problem.”

The study estimates that between 6.4 million and 8 million heads of families classify as working poor, which is actually less than the U.S. Bureau of Labor Statistics’ 2011 estimate of 10.6 million.

Accurate data on the working poor is timely for current political dialogue. Recent months have seen low-wage workers staging “Fight for $15” rallies to raise the minimum wage nationwide. Whether or not a minimum wage hike would fix the problem, Sanders says the status quo is not the answer.

“It’s been the push, that if we can get people working, then they’ll get out of poverty,” Sanders said. “But we have millions of Americans working, playing by the rules, and they’re still trapped in poverty.”

Generous welfare benefits make people more likely to want to work, not less
“Many scholars and commentators fear that generous social benefits threaten the sustainability of the welfare state due to work norm erosion, disincentives to work and dependency cultures,” the researchers say. “This article concludes that there are few signs that groups with traditionally weaker bonds to the labor market are less motivated to work if they live in generous and activating welfare states.”