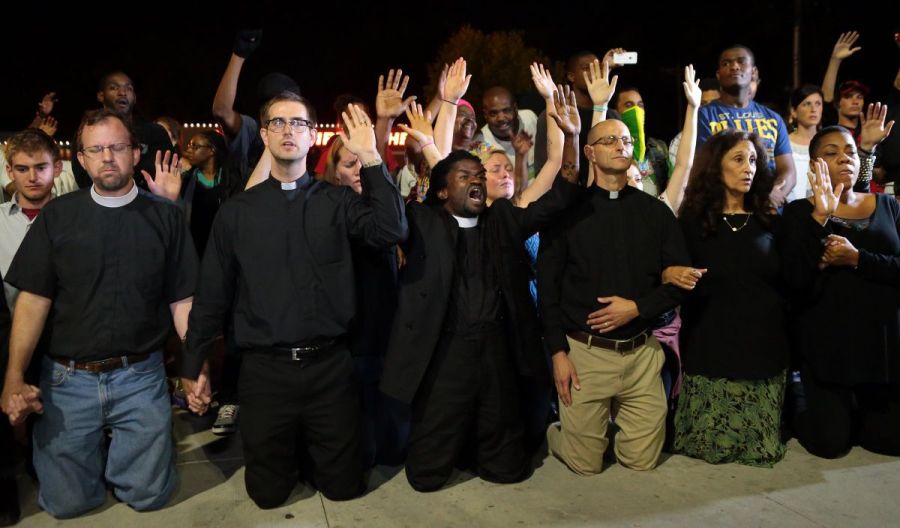 Yet another white officer was just acquitted in the killing of a black man.  This time the killing occurred in St. Louis, Missouri.  The incident happened near the St. Louis suburb of Ferguson where, in 2014, another black man was killed by a white policeman.  (That officer was also acquitted).

I have a question. Before I ask it, I need to explain something:

25 years ago, there was a letter to the editor published in USA Today next to Rodney King’s picture.  (To give you a sense of time, this was 1992, the year Miley Cyrus was BORN).   The letter read as follows:

“What President Bush and whites could have done before the King verdict to prevent violence is invest in these communities and invest in the education and development of black children unlucky enough to grow up in the ghettos we’ve created, instead of investing money in jails to lock these children up when they get older.

The violence and fear that whites are experiencing should not inspire them to want larger police forces and stricter control over the black community.  Instead, they must inspire whites to demand that their tax dollars go to community development and investment in quality schools in the inner cities.

Here’s my question:  What the hell is wrong with us?  HAS NOTHING CHANGED IN THE LAST 25 YEARS?  I was 23 years old when I first read that letter. I’m 48 now.

When I first read that letter to the editor, George Bush SENIOR was president, John Gotti was sentenced to life in prison and Princess Diana & Prince Charles separated.  The films “The Bodyguard”, “Basic Instinct” and “WAYNE’S WORLD” were in theaters.

Again, MILEY CYRUS was BORN the year I first read that letter.

** How in God’s name is it possible that we are having the exact same discussion?

Why are so many in St. Louis and across the country crying out today for ORDER but failing to cry out for JUSTICE? What on earth is our problem?

Here’s an article from the Los Angeles Times called “Deaths of Black Men & Women at the Hands of Police” that gives information on many of these killings.

PS – If all this makes you mad enough to spit, stay calm, remain peaceful and remember that there are 198 methods of NONVIOLENT resistance. Marching is only one of them. Check this out! We can win with PEACEFUL tactics! Dr. King said that nonviolence is the most powerful weapon on earth.

Click here to learn about the 198 Methods of Nonviolent Resistance. This is powerful stuff: 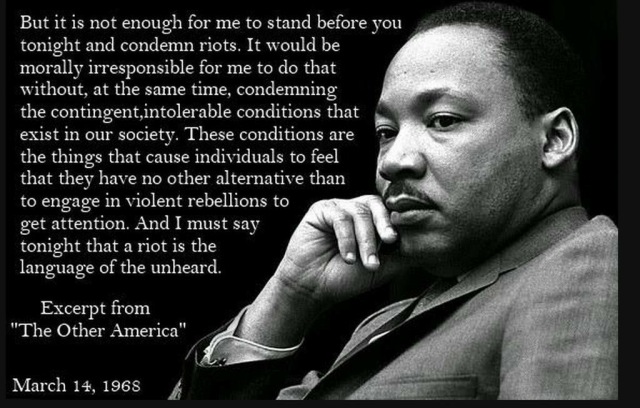