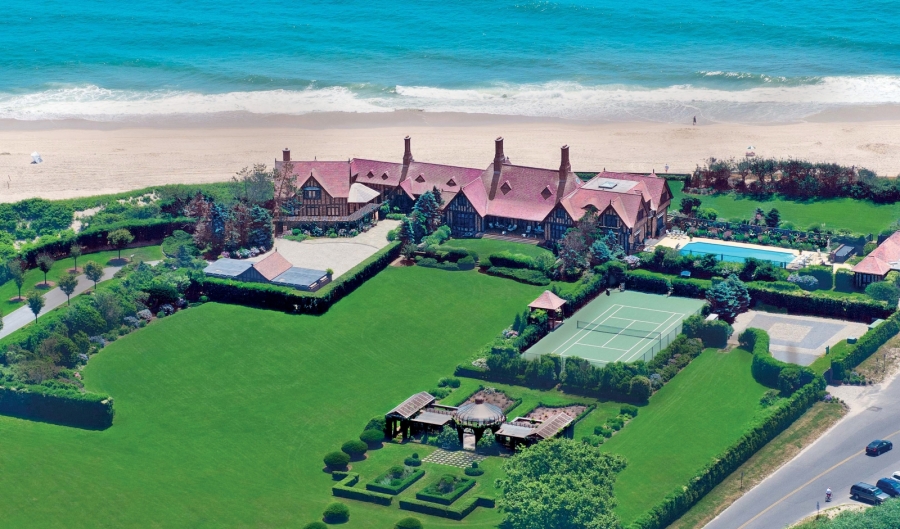 This is quite a win by the 300,000 people (.1%) that pretty much run the show in our country.   They and the corporations they own are making the most possible money while at the same time avoiding paying their fair share of taxes.   Their kindergarten teachers (along with anyone else with a sense of common decency) would be incredibly disappointed in their inability to share and participate in a community.   But Ayn Rand, Tony Soprano and anyone else who preaches an “every man for himself” philosophy would be so proud.   Quite a coup.

The article at the link above is from 10 months ago, but not much has changed.

In other completely unrelated news:

These two links are just citations for the above stats:

It’s too bad we can’t do anything to address pressing environmental catastrophes and the fact that half of children in America live near the poverty line.

But we just can’t afford it.  After all, according to the Nation Magazine, 20 individuals in the U.S. have as much wealth as the poorest 150 million citizens. We’re setting some records here with wealth concentration and corporate profits. We can’t do anything to interfere with that (“We’re on a run man!).

Plus, look at that boat above.   Those things aren’t cheap you know.   How on earth are our best and brightest selfish megalomaniacs going to stay motivated if we cut into their overflowing bank accounts and prevent them from getting bigger and bigger toys.

How are Wall Street execs, corporate titans and the wealthy going to keep up this incredible run they have going for themselves if they have to be responsible human beings and pay their fair share of taxes?   The fact that their tax rate has been cut in HALF since 1950 really isn’t enough for them.  Those 300,000 people who are the .1% need more.   And the rest of us are just going to have to sacrifice so they can get it.

It’s really important to them.  And, when you get right down to it, they matter more than we do.  Their actions make that clear as a bell.

Yep.  They’re setting records right now.   But that’s still not enough for them.  Now, the super wealthy want more tax breaks that would be paid for by taking away from services for the needy.   Boy, it takes a child of satan to think that’s a good idea.   I bet some of these folks got kicked out of kindergarten for biting.

The other reason we have trouble interfering with this run of theirs at our expense is that the super wealthy (and their corporations) OWN our two major political parties.   They OWN congress.   Congressmen (and aspiring presidents) come to visit the .1% at their 40 million dollar oceanfront estates . . . begging for campaign funds.   Quite a system.  The poor, the kids and the environment don’t stand a chance of being on our politician’s radar if we allow the current oligarchy to continue.

“Hey, that sounds like some kind of radical theory, the idea that the U.S. is some kind of oligarchy where all the politicians are owned and corporations have to approve legislation.   Are any people of stature actually saying that, like an actual president or senator?” 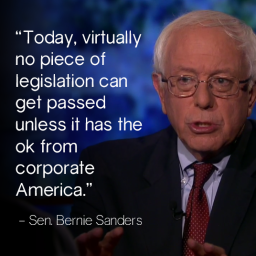 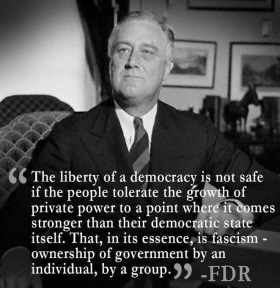 The wealthiest among us keep amassing more and more wealth because the have access to the policy making apparatus and the leverage to make it move the way they want.   So their bought off politicians champion policies that systematically tilt the playing field so that most of the marbles roll into their pockets.   (Those political pawns are also in charge of keeping the masses at bay by promising them that such policies of shifting wealth upward (via tax breaks for the rich paid for by cutting social programs) are necessary because eventually that prosperity will trickle down.   But wealth is only growing more concentrated.    The wealthiest 1% have received 91% of the income in recent years.

Why isn’t our patience with our two major political parties growing thin? How long will they succeed in convincing us that we have to be patient and pursue “incremental” (zero) change? The only reason they say that is the “practical” course is that it’s the only course of action they can take. To make any actual changes would require upsetting their donors.   This is true on BOTH sides of the aisle.

Don’t believe me? Just go to the Open Secrets website and look at the congressman of your choice. Our patience with these bought off representatives of ours should have run out long ago. It’s time to face the facts. They just don’t represent us anymore.  

Oh, and don’t let them tell you, “You just don’t understand, we have to take money from wealthy donors and huge corporations to compete.”    Bullshit.   Anyone that says that wasn’t paying attention in the 2016 election.    Sanders received a record 7 million donations (far more than Obama) and the average contribution was $27.    When people see a real politician, they support them.    It’s like water in a desert.

If you are thinking, “Wait, but Sanders didn’t win,” you might want to do a little research.

a)   The DNC was clearly corrupt and had their finger on the scale for  Clinton.   There’s just no disputing that.   (Look at all the docs that leaked).  The current CHAIR of the DNC is the one who suggested branding Sanders campaign as one for whites only.   (They tried to brand Sanders, the same guy who marched with Martin Luther King, Jr. as out of touch with the African American community).   Take a look at the article at this link. “Labor Secretary [Perez] Advised Clinton To Cast Sanders As Candidate Of Whites To Turn Off Minorities”
http://www.commondreams.org/views/2016/10/11/labor-secretary-advised-clinton-cast-sanders-candidate-whites-turn-minorities

b)   Poll after poll after poll showed that Sanders would have beaten Trump by a much wider margin than Clinton (like 10 points more).

c)  You just have to look at the major upset by Jeremy Corbin in the U.K. to see that Sanders would have won (had the DNC not undermined his candidacy).

Now establishment centrists political leaders will tell you none of this matters.   But when you realize how politicians are owned and what corporate leaders and the super wealthy are doing to rig the game in their favor, you realize that it matters very much.    This is exactly what has brought us to this point where 50% of the kids in the country are living near the poverty line, the environmental crisis is dire and 20 people own as much as the 150 million poorest.

Yep.   They took Sanders out at the knees because he was a threat to the shell game (give tax cuts to rich and corporations and it will trickle down).   It seems the establishment didn’t want a candidate who would upset the delicate balance where the wealthy and their corporations run the show and the candidates pretend to push for change.   Funny thing is they never learn.   Only a month ago, they were up in the Hamptons looking to anoint a new champion of the establishment and “incremental” (zero) change.

We just can’t afford that “pretend change” anymore.    The clock is ticking. 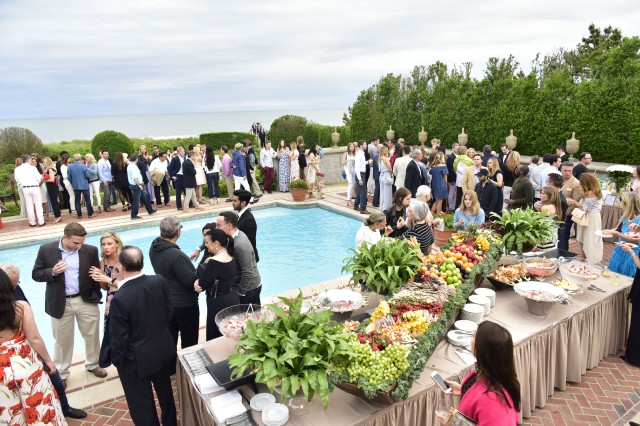 More detailed info on this problem and lots of great info on how we can beat it (plus LOTS of new pictures) at this link: https://clearblueskyoutwest.com/2017/08/17/the-most-destructive-policy-that-youve-never-heard-of/ .   THE MOST DESTRUCTIVE POLICY YOU’VE NEVER HEARD OF.
.

ALSO, if you are looking for some hopeful news and solutions, check out these links:

And don’t miss the 9 second Simpsons video that sums this all up. 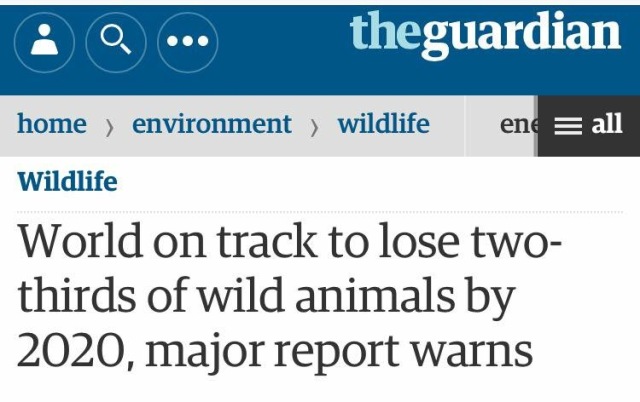